Kratom IQ is reader-supported. At no cost to you, we may receive a commission when you purchase products recommended and linked to on this site. Learn more here.

Yellow Sundanese Kratom may be the final hope left for humanity.

I know that’s a pretty bold statement to make, but hear me out!

How can this strain be the last hope for humanity? Well, let’s first consider what humanity is to begin with.

Humans, unlike any other animal, have evolved over time to have the ability to communicate efficiently and create language. But that’s not all our ape brains can do. They also know how to “feel” emotions; how to empathise and feel another’s pain.

Our compassion and our ability to relate is what make us human. Unless you have a serious mental condition or are a straight up psychopath, I’m pretty sure you have the ability to feel some empathy towards those that might be in pain or in a less fortunate situation than you. It’s in our very nature.

It’s what has kept humans from going extinct for so many years to this very day. We look out for each other!

But somewhere along the lines, as technology has advanced and civilization boomed, we seemed to have lost our very humanity and kind heartedness.

You could argue that we have turned into these despicable, unsociable creatures stuck on our phones 24/7 like zombies. When someone is in need of dire help or in a critical condition, we take out our mobile devices and record it via live stream on Facebook so that we can have a laugh with our friends, instead of actually helping out that person in real life.

Now, maybe if each person incorporated some yellow vein Kratom into their mornings, they’d be more kind, compassionate, and gentle. No more violence, no more hurling insults during rush hour, no more road rage. Just gentle and peaceful like the ocean. Just maybe if we can get all of mankind to take Kratom everyday. Just maybe… 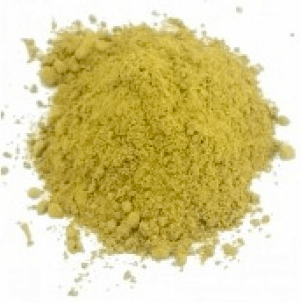 Sunda Kratom originates from the Sunda Islands in Southeast Asia; a group of islands in the Malay Archipelago that have their ownership divided among four separate countries; namely Brunei, East Timor, Malaysia and Indonesia, though the majority fall under the jurisdiction of Indonesia. These islands fall into either Greater Sunda or Lesser Sunda and include islands such as Borneo, Sumatra and Bali. You might begin to see a pattern emerge here, in that these make for some popular Kratom farming and export locations, thanks to the rich natural environment and climate.

Since the aforementioned countries are part of the Sunda islands, any Kratom strains originating from those locations is technically Sundanese Kratom yet they go by their own name. This separates the many strains from the region and highlights the differences, but it’s also because these strains are technically originating from separate countries.

Kratom farmers use older leaves and an ancient, more complicated drying process to achieve a yellow vein Kratom strain, and the result is that yellow strains have their own unique aroma compared to red vein, white or green Sunda Kratom, making for a gripping and fascinating experience.

Here is a log I kept of one of my experiences with Mellow Yellow Hippo which will give you a glimpse over my shoulder of how awesome the aroma from this yellow vein Kratom can be.

Don’t get jealous when you read this! Trust me, I’ve been there. Some of my friends will burn some Kratom right in front of me without sharing and rub it in my face of how awesome the aroma is. They usually just get a disgusted but jealous look from me. 🙂

It’s almost as bad as sitting there and listening to your best friend talk about their sex life, when you should actually be out there instead, getting some action.

5:30 P.M I was going out to meet my friends at the local community college right down from my house. Apparently one of my friends wanted to shoot a prank video for Youtube, and wanted me to join. There was no way I was turning down that offer. No way, Jose! I never usually burn Kratom this late in the day but what the hell… if I’m going to be going around messing with people for Youtube reactions I wouldn’t mind a little extra boost.

5:40 P.M After rummaging around for my Kratom bags, I finally found them. I took out the fresh untouched sample bag of “Mellow Yellow” that I had received as an additional gift from my last order at Happy Hippo Herbals. I made about 7 grams into a tea (to smell the aroma). Some people see mixed results with a tea, but done right it can actually make the Kratom more potent.

6:30 P.M I’m starting to feel a bit jittery and excited all around my body. I can feel this nice warm blanket feeling in my chest. I have arrived at the community college and I still don’t see my friends, where the hell are they?

6:50 P.M Found my friends. They were talking to another group of people who were all acquaintances; I got introduced to all of them and we ended up chatting. It’s pretty cold outside, how long do they want to be out here? That aside, I’m feeling really darn good. There was also something else that I could feel but I couldn’t put my finger on. I feel like… a nice person. Eewww. This is not the first time I experienced the feelings of empathy from a Kratom aroma, but this was on a whole completely different level.

7:15 P.M Finally, we started rolling the camera and started filming the prank videos. My friend went first and asked a girl sitting down by herself: “Can you make an oriental person, disoriented?” She burst out laughing then we told her she was on a prank video. I was next. I had to go to a random person and just give them a hug. I went and found a group of three standing under a tree chit chatting. I opened up my hands and said “group hug” and embraced them all. They looked at me weird at first but gave in and decided to give me a hug back. I can’t believe I’m saying this, but I started to see how beautiful humans are and just life in general.

8:50 P.M We started wrapping up the video. It was getting pretty late and cold so we called it a night.  We walked around on the cool breezy campus in silence and I could hear the soft cricket noises and smell the brown dried up autumn leaves of the trees we were passing by. I felt so bubbly inside, I just don’t know how you explain this.

9:35 P.M It’s been like 10 minutes since I arrived home. Instead of changing into my night clothes (yes I still wear pajamas), I began looking through an old album of pictures from my childhood. Looking at them was bringing back nostalgia but let’s just say I had a strong feeling that the Kratom intensified the experience. I was having an existential crisis… somewhat. It really dawned on me on how fast time moves. Why do we as humans fight? Why do we argue, if we are on this earth for so little time? What’s the point? Why can’t we all just get along and help each other out?

10:00 P.M My body feels really calm. Not exactly euphoria but just everything in my mind was still and gentle with a bit of awe and amazement at life. A small laugh escapes my throat as I watch the “100 Funniest Vines” on Youtube. This must be how Ghandi felt 24/7. I should have probably titled the name of this post as “How To Become Like Ghandi“.

11:00 P.M It’s time to sleep. I have gotten only 6 hours of sleep the past two days so I need to sleep early today and shoot for at least 8-9 hours of sleep. As I laid there snugged up in my bed, a warm comforting feeling washed over me. Mellow Yellow Hippo sure does fit the name. The feeling was close to that of my childhood memory of Christmas, after having had a nice warm milk with cookies and laying in my bed feeling secured and sheltered in my mother’s arm. Thank you yellow Sunda for bringing those memories back. I feel free, gentle, kind, loved and secure, as if I was 5 again without a care in the world .

I like to describe yellow Sunda Kratom as “Ghandi and Mother Teresa in a bottle”. Kratom does have the ability to give you the feeling of empathy and compassion, but I believe that yellow Sunda is by far the strongest strain to provide those sensations.

Mix in the feeling of being secure, warm, and taken care of and there’s no way you won’t like this Kratom strain. Like other “slow” strains, it will also likely be very effective for pain relief.

When it comes to dosage, the typical Kratom dosage strategy applies but I have found that dosing relatively high with this strain doesn’t produce any side effects like other strains might do. The highest dose of yellow Sunda I ever had was about 12 grams, so maybe if you burned 20 grams (not recommended), it might be a completely different story. But 12 grams is a very high amount if you’re buying high quality Kratom powder.

All in all, yellow Sundanese Kratom and in particular, Happy Hippo’s “Mellow Yellow Hippo“, is an awesome slow strain from the Sunda Islands that I still can’t get enough of to this day. There are practically no side effects that I’m aware of from this strain… it doesn’t even produce the mild drowsiness that might be experienced with other slow strains. Be sensible of course.

(Kratom is not approved by the FDA for consumption, so I’m not advocating that).

If you’re looking to rack up some nice karma points for the day, go ahead and burn some yellow Sunda then feed the homeless or do something kind from the bottom of your heart. I guarantee you’ll enjoy the experience.

Or you can just use it to kick back on your couch and cry your heart out as you flip through your album of baby pictures and remember how cute you once were.

A complete 5/5 in my books. Hell I’ll rate it a 6/5 just because this strain is so awesome.

Enjoy the aroma guys and as usual, burn responsibly!