Do you know why we as humans enjoy the thrill of roller coasters?

Sure, some of us like being scared to death and feeling the adrenaline rush as our heartbeat drums hard into our chest. It makes us feel so alive!

But I think it’s much more deeper than that. Instead, what draws us in is the fact that they’re so unpredictable and have us on the edge of our seats the whole time, not knowing which way they’ll turn next.

Humans enjoy unpredictable circumstances because predictable outcomes are… let’s face it… just plain old boring. It’s why no one likes “cheesy” cliche movies since they’re so predictable and easy to guess what comes next.

There’s no thrill, no excitement.

It’s the same reason why a lot of people are stuck in toxic relationships with toxic people. Although they’ll never admit it, they secretly love experiencing the roller coaster of emotions they get from being with that abusive person.

On that note, let me introduce you to…

Sure, it’s marketed as a “slow” strain but it has the ability to take on any form of speed. Slow, moderate, fast, in between, you name it… but that’s exactly what makes this strain so unique.

Effects: What Should You Expect?

Red horned Maeng da and specifically “Smiley Horned Hippo” is one of the most potent Kratom strains ever found in my experience and will completely blow you out of the water with its range of aromas.

I really like Maeng da Thai Kratom like red vein Thai, and this additional variation in particular fits my personality just perfectly because I don’t like any plain old vanilla style of doing things. I like to spice things up!

It’s similar to Sleepy Hippo in a way, because Sleepy Hippo has been reported to produce the effects of a “fast” strain from time to to time even though it’s a “slow” strain.

On the other hand, Smiley Horned Hippo is a “do it all” strain which will give Sleepy Hippo a run for its money.

Some days you might feel the effects of a true slow strain. You’ll be mellowed out, relaxed and chilling like a villain on a big comfortable couch somewhere.

Other times you may be bouncing off the walls as if you just burned a fast strain! 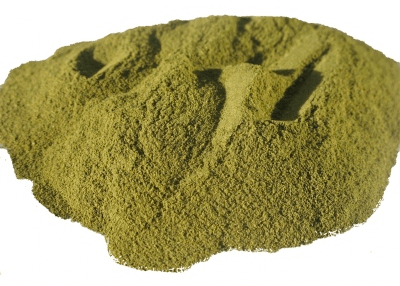 And still other times it may be confusing and you’ll have a mix of both worlds. You may be feeling mellowed out and relaxed but amped up enough that you feel you could carry an elephant with your two bare hands all the way to the top of the Himalaya mountains with super laser focus.

I’ve definitely had my fair share of great times with red horned Kratom. It’s almost like having a hippie/nerd/frat boy/Gym douche/Superman all in one mix. The word “amazing” wouldn’t do this strain any justice.

Although Horned Super Red is a mixed bag of randomness and uncertainty, the following are almost always guaranteed red horned leaf Kratom effects:

I really love this strain but there are just a couple of drawbacks or minor side effects I should mention.

I have noticed I sometimes get headaches when burning this strain compared to other strains. Not always but it happens. I also tend to get dry mouth from time to time. For some reason it brings up minor symptoms of dehydration so the solution is simple:

Some people say they feel itchy when the aroma from this strain first hits them but I have never experienced that myself.

A Word Or Two On Dosage Guidelines…

Since this strain is very potent, you can begin to experience the aroma with a dose as low as 1-3 grams. This is assuming you’re getting it from a reputable vendor like Happy Hippo Herbals (an awesome place to buy Kratom).

Sometimes 1 gram is enough. Since I’ve been using Kratom for a while 3 grams is usually the “sweet spot” for me at the moment but if you’re new to Kratom or just new to this strain, I guarantee you’ll feel effects at a lower dose.

I have also noticed that it’s never really hit or miss with this strain and I always get some sort of aroma every time I burn it. A bit like Happy Hippo 1.

To Sum Up This Smiley Horned Hippo Review

With its roller coaster like and unpredictable aroma effects, red horned Kratom will definitely keep you on your toes and guessing of what’s to come next, and Smiley Horned Hippo is no exception.

Classified as a “slow” strain, it comes with the stereotypical mellow, chilled out, and sedative feeling but you’d quickly change your mind and swear it’s a fast strain when you decide to burn it again. See for yourself.

Smiley Horned Hippo or any “horned leaf Kratom” is usually very rare and hard to come by, so definitely go and give it a try before it’s taken off the shelves at Happy Hippo Herbals.