You are here: Home / Blog / 7 Ways to Potentiate Kratom and Make it Last Longer

It’s OK, I’ll give you a few seconds to think…

The answer, as you may or may not have guessed: “spice things up” every now and then!

What in the world does this have to do with Kratom?

Well, if you’ve used Kratom for any length of time, you’ve probably started wondering how to make the effects stronger and longer lasting.

You haven’t thought that? Well, what can I say. You have no idea what you’re missing out on!

Going just that little extra mile to make the effects of your Kratom even a little bit more potent is totally worth it and will pay you back in dividends:

As you may have already discovered, searching online for legitimate advice on how to potentiate Kratom can quickly prove to be a headache. At best you end up with conflicting ideas and thoughts on how to go about it.

Worry no more, however, as your search ends here. Below you’ll find a list of legitimate, no B.S ways that are guaranteed to take your Kratom burns to a whole new level.

1.) Take on an Empty Stomach

We’ll get this one out of the way first as it’s arguably Kratom 101 and recommended in our dosage guide, but if you aren’t already, you’ll find that burning on an empty stomach almost always guarantees a more powerful aroma.

This is simply because your Kratom doesn’t have to fight for absorbance in your intestines along with a bunch of other food and enzymes.

If you’re making the mistake of taking Kratom straight after a huge meal, this is definitely the first thing you should try.

I’m not advocating you starve yourself the whole day. Just take your Kratom enough time away from your meals. For example, I burn my Kratom first thing in the morning and don’t eat anything for breakfast. But for you it may mean eating breakfast, just not right away.

It’s typically accepted that your stomach will be empty again about 2 hours after a meal. You’ll often see medicines advised as being taken 1 hour before food and 2 hours after, if aiming to be taken on an empty stomach. The same can apply here.

The moral of the story is, burn your Kratom on an empty stomach.

A great combination for an awesome aroma is coffee and Kratom.

It’s not the coffee itself or the taste that creates the magic, but the high amount of caffeine found in coffee. Surprise surprise.

Not only does caffeine potentiate the effects of Kratom, it also creates a breathtaking blend of both mental alertness and sense of well being.

If you’re a fan of coffee, definitely follow up your morning Kratom with your morning cup. And if you’re not a coffee drinker, maybe now’s a good time to try. 😉

Strong coffee is also a really good source of:

Magnesium is actually a great way to prevent and reduce tolerance to Kratom. It is said to work in this way as magnesium is an antagonist of the receptors that are responsible for the tolerance.

One of the downsides of using Kratom regularly is that your tolerance can build up, meaning that you will need higher doses to achieve the same results. But magnesium can fend that off.

With that logic, can you imagine what would happen if you took magnesium and Kratom at the same time? The results are astounding!

In fact, I’m willing to say that this is the best combination out of the whole list next to mixing it with Phenibut (see below). Read my Yellow Sumatra review to see my experience of combining these two miracle companions.

I’ve seen great results with Magnesium Taurate. You can easily order this at an affordable price on Amazon. The Taurine found in Magnesium Taurate makes magnesium more absorbable, but Taurine on it’s own is a wonderful compound. It is medically used to slow down the heart beats of patients with congestive failure.

For us healthy folks, we can use this for a more relaxed, less stressful and less anxious experience.

Phenibut is a great standalone nootropic that by itself offers mood boosting, anxiety ridding, and social enhancing benefits.

But with that in mind, it makes you think, what if it was combined with Kratom?

Mix two of the most powerful, legal mood boosting compounds together? Hmmmmmm.

Well… let’s just say Kratom and Phenibut taken together will definitely take you for a wild ride. Trust me. This is so good, I feel like I need to start charging people money before I tell them this.

Related: Can you mix Kratom and Cannabis?

Grapefruit juice is another known potentiator within the Kratom community, and it does work!

The reason grapefruit juice works is because it apparently slows down the process by which the compounds make their way through your liver. This makes it easier for the Kratom (or any other substance) to hit you two times as hard than it usually will.

Do not try with Vodka!

Just a little reverse psychology here, tell me if it worked. 😉 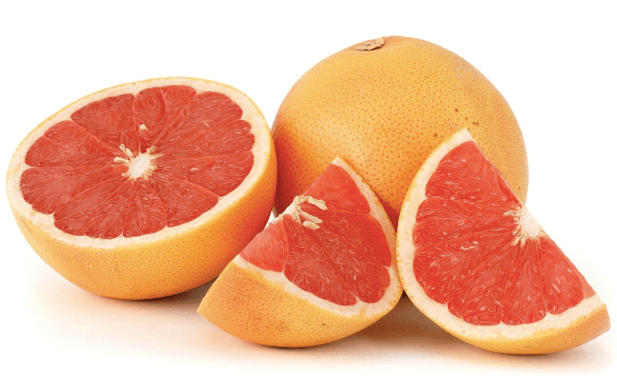 I saved this one for last because it’s a controversial topic. Some will say the effects of Kratom as a tea are horribly unreliable while others will swear by it.

The reason is probably because, unfortunately, you’ll need to use huge amounts of Kratom (usually at least 7 grams) to feel the effects of it when made into a tea.

But!  There is a slight tweak that can make sure it’s the strongest and most enjoyable tea you have ever had…

While boiling the Kratom, as outlined in the instructions here, you will simply add one little thing that makes a huge difference:

Yup, it’s that important. Adding lemon juice while boiling your Kratom tea will help bring out as many alkaloids as possible from the plant matter. The more alkaloids you can get, the stronger the aroma. Read my green Hulu Kratom review for an idea of the results you might expect when doing this.

In fact, lemon juice is usually at least part of one way in which Kratom extracts are derived. Extracts are a purified form of Kratom with only the alkaloid content. Obviously there are more steps involved than outlined here, but that should give you a sense of it’s effectiveness.

Other things that are commonly discussed in the Kratom community include combining Kratom with either Tumeric or Cayenne pepper. I haven’t tried either but many report using it to a large degree of success.

There you have it! That about sums up our guide to enhancing Kratom and making it last longer, thus making your time with this plant even more enjoyable. Of course, some of these tips will literally make the Kratom last longer in your system, so keep that in mind if there’s ever a time you specifically want to avoid that.

Go ahead and try some of these methods, and let us know if they worked for you.

And if you’re feeling even more adventurous, go ahead and pick your favorite Kratom strain and use a few of these strategies at once. I guarantee that it’ll blow you out of the water… in a good way. 😉