As you might guess by its name, “Happy Hippo 2” is one of the original strains at Happy Hippo Herbals and as such, you’d be well advised to give it your attention. It’s a very popular Kratom strain officially known as Red Borneo Kratom in the Kratom world.

If you don’t have experience with Happy Hippo, please read my review of them. When people ask “Where can I buy Kratom?“, that’s where I send ’em.

As its name suggests, this strain originates from and is usually grown in Borneo, the third largest island in the world, the majority of which belongs to Indonesia in Southeast Asia. With that in mind, you might also see strains originating from this region referred to as red Indo Kratom, since they’re technically Indonesian. Borneo Kratom strains come in either red, green, yellow or white vein and each type will have slightly different effects. To further add to the mix, you will also find another Borneo strain known as Kali Kratom, short for “Kalimantan”, the Indonesian name of the Island, as well horned Kratom and Hulu Kratom, also native to Borneo.

Another popular strain at Happy Hippo (and in general) would be white vein Borneo. White Borneo and Red Borneo are basically brothers (surprise surprise) and, yup, they are both moderate strains!

But don’t be fooled, this is a red vein strain and thanks to this difference in “color”, these strains are actually two completely different beasts.

I really want to point out that this strain works best on fresh receptors and is great for those completely new to Kratom. It serves as a great alternative to Happy Hippo 1, another Indo Kratom (green), making it another excellent choice for beginners. 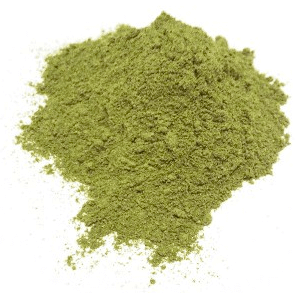 Believe it or not, at some point in my life I was actually a nerd who used to keep a little journal of all my experiences with different Kratom (it’s something I highly encourage you to do when starting out). Here’s an excerpt from one of the logs I wrote down after burning some red vein Borneo Kratom:

7:00 p.m. I measured out about 3 grams of Red Borneo Kratom and burned it whilst sipping on a diet coke.

7:25 p.m. This girl I met at a festival two weeks ago decides to text me and asked if I was available to hang out today. I wasn’t doing much so I agreed. Still no sign of aroma or effects.

8:01 p.m. I was out of soda so I switched to Powerade and cranberry juice. I burned 4 more grams of “Happy Hippo 2” before I walked out of my house. Bad mistake!

8:15 p.m. Ahhh… there we go. I could feel the stimulation and a slight head rush setting in. I thanked my cab driver for the ride and headed to the mall. Definitely feeling more optimistic and happy about life.

8:50 p.m The girl texts me that she’s running a little late because of traffic but I don’t mind. I’m having a wonderful time just sitting at the mall and watching as people pass by. I notice how we are all in this world together with our own individual struggles, and start to feel genuine love and compassion for man-kind.

9:20 p.m. The girl still hasn’t showed up yet. But a man was sitting next to me and comments that I look like Dwayne Johnson. We hit it off and get into a long conversation about life. He tells me he’s from Nigeria and just arrived in the U.S  but is having trouble making ends meet. I feel bad so I give him $20 to help him out.

9:40 p.m. While I was in a deep conversation with my new friend at the mall, the girl finally arrives and interrupts our conversation to greet me. I say farewell to my new friend and wished him a good night. Me and the girl went to a nearby coffee shop to get some coffee. I’m starting to feel slight nausea so I buy a can of Coca Cola from a vending machine.

10:10 p.m I invited her back to my place for a drink and she accepted the offer. She had brought her car so we drove back to my place. It was starting to get slightly rainy and drizzly outside. I felt completely great and relaxed as I watched the rain start to shower over the car windows. But there was still some nausea in the background that just wouldn’t leave me alone.

10:30 p.m I don’t live far from the mall so we got back to my place pretty quick. I put on a horror movie and streamed it live from my computer as we cuddled up together. I’ll keep this review about Kratom…

11:50 p.m. It was getting late and she had work the next day so she said she wouldn’t be able to spend the night over at my place. She fixed herself up in the bathroom to look more presentable and left. The aroma was definitely starting to wear off by now. The buzz feeling was still there but not as strong anymore. But the nausea was still there… and really starting to annoy me.

12:00 p.m I looked through my drawers to find some anti-nausea medication I had gotten from a doctor visit when I had caught the stomach flu. I took one dissolvable tablet and laid in bed with my eyes shut closed to just unwind and relax.

12:30 p.m. I was relieved to find that the nausea was completely gone… but to my dismay it was replaced with this sudden onset of hunger. It was already past midnight and I wasn’t in a position to get up in the middle of the night and cook. I called it a night and tucked myself into bed.

Although a “moderate” strain at heart, red Borneo Kratom has the undertones of a “slow” strain with its relaxing and pleasurable effects.

But unlike slow strains, the relaxing soporific effects are not overbearing at all to cause sleepiness and drowsiness.

Red Borneo effects are very similar to green Malay Kratom and high quality Bali Kratom in a way when it comes to the anxiety reducing and pain relief properties. Very subtle and in the “background”.

The only turn off for me is the nausea which I’ve experienced a few times, but I don’t yet think I’ve found my “sweet spot” with this particular strain.

Definitely don’t burn 7 grams in a span of one hour like I did above, especially if you’re trying for the first time and your receptors are fresh.

If you haven’t found your “perfect dose” yet, just start off with 2 grams and work your way up slowly; the typical Kratom dosage strategy. I know I preach that all the time in almost all my articles, but I guess I’m not the best role model to look up to in this example.

Here’s a tip: Kratom aromas usually last around 3-5 hours so you can burn small doses every time the aroma begins wearing off to evenly spread the effects throughout the whole day.

The pleasant relaxing feeling is what red vein Borneo Kratom is best known for, without an overbearing powerful sedating experience. Just keep in mind that nausea can be a deal breaker for some people, but it shouldn’t be a problem if you dose it correctly as recommended and don’t go too crazy with it like I did.

As far as I’m concerned, Happy Hippo 2 is an “all purpose” strain as most moderate strains are, which means that you can use them for practically any event or activity.

I’ll give it a 3.9/5. The occasional nausea is what keeps this strain from scoring higher for me. And the fact it doesn’t hit me as strong nowadays compared to when I was just starting out with Kratom.