Kratom IQ is reader-supported. At no cost to you, we may receive a commission when you purchase products recommended and linked to on this site. Learn more here.

Do you have what it takes to be a pimp?

The moment you walk into a room, does everyone stare at you in amazement and awe? And are you comfortable with it?

Almost as if you were the reincarnation of Elvis Presley himself. With your hair slicked back, you walk down the aisle with your elegant suave walk, and you can see the men of the crowd hold their girlfriends that little bit closer so they won’t take notice of you.

The moment you open your mouth to speak, what comes out is pure gold; your words are so smooth it’d make Casanova run away with his tail in between his legs.

Straight out of a movie right?

It almost seems unattainable but I’m pretty sure some of us have experienced something similar at least a handful of times. There are those days where the stars seemed to have aligned perfectly and everything just seems to be going your way. You’re in a “flow” state. You’re “in the zone”.

Now, what if we could replicate that same “in the zone” feeling with a snap of a finger?

If you’ve used Kratom before in general, you’ve probably had a taste of what this feels like.

All the Kratom strains are different, however, and quite often specific strains have their strengths and are much more effective for a particular “type” of aroma.

When it comes to getting into that magical flow state, there’s one strain that is just what the Doctor ordered…

Happy Hippo’s Atomic Green Hippo is a green vein Thai Kratom strain. And whenever you hear the word “Thai”, you just know it’s about to be something real good.

Just trust me on this.

Like Maeng da Kratom, these strains are “fast” strains originally found and grown in Thailand, where farmers are said to have used them for their powerful stimulating effects. 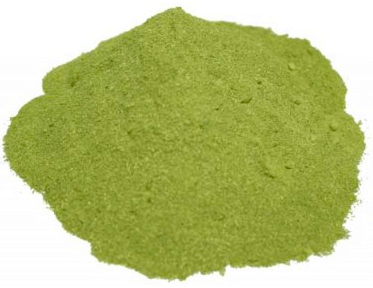 As well as the location of origin, Kratom strains can then be further categorised by their color, which differs based on the variations in the drying process of the leaves. We’ve spoken about green Thai Kratom before and green veins in general here.

“Atomic Green Hippo” is Happy Hippo Herbals version of this popular combination. Be sure to read my Happy Hippo review if you haven’t dealt with these guys before and learn why they have some of the best Kratom products available online in this post.

I personally think this is the first “fast” Thai strain of Kratom powder that I have tried on it’s own where I haven’t experienced the slight “jittery” or “hyperactive” feeling that typically can come with a lot of other “fast” strains.

But don’t let that fool you. It still has the properties of a “fast” strain, and you might end up just blabbering constantly and not knowing when to shut up.

But that’s all part of your “mojo”.

Mojo is another word for a magical charm or spell, and that’s exactly what green Thai will do for your personality.

In my experience, it will add a nice touch of charm to your personality and make you someone that people want to be around.

Atomic Green seems different to other “fast” strains. Most “fast” Thai strains like red vein Kratom will get you all hyped up and have your thoughts going at 100 miles a minute.

Then there is Atomic Green Hippo.

It strikes just a nice balance between “fast” and “slow”. This should technically be considered a “moderate” strain but, hey, who am I to argue?

I feel energised and proactive but not hyper. Talkative and self confident but not hyperventilating from being overly stimulated.

Your brain will turn “off” and you will think less, and do more. And this is huge!

Getting unstuck from your head and being fully “in the present moment” will turn you into the charming suave bad ass that’s the life of the party.

When your head game is strong, there’s nothing that can stop you.

I haven’t had much of a bad experience with Atomic Green Hippo. There was the time I felt a bit “heady” for like an hour or so after taking 7 grams of this stuff but then again, I hadn’t slept the whole previous night so it’s probably not fair to point my finger and blame the Kratom for it.

Here are the potential effects you might expect after burning some this strain:

I think this is actually a really high quality Kratom strain. It doesn’t offer the intensely strong stimulating effects that “fast” strains can be renowned for and that many people love, but it offers a lot of the properties and effects of a “fast” strain without the side effects.

Green Thai Kratom is a pretty potent strain so starting off with only 2 grams will usually be enough for most people. You can then add more after 30 mins or so if you feel the need, as per our dosage guide. Just don’t start off with too much. Effects start appearing pretty early within about 10 minutes of burning and can last up to 6 hours on some occasions.

A secret “hack” for bringing out your true personality and becoming the life of the party.

As I mentioned, I almost feel that this should have been categorized as a “moderate” strain but technically it’s a “fast” strain.

It’s perfect if you’re looking for something to turn your noisy brain off so you can enjoy a nice social outing with some friends.

Or you can use it to get some work done if you are a big procrastinator and your brain’s mental chatter and excuses are always getting in the way.

Be sure to burn some of this stuff before going out to your next party and see if you’re still that guy (or gal) looking like an awkward wallflower with a drink in their hand the whole night. 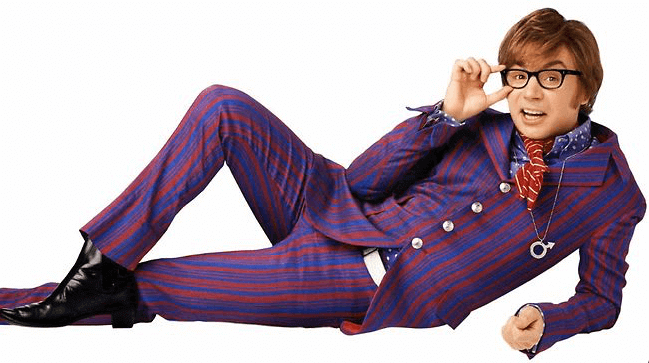