Today is the day you get off your butt and get things done.

Tomorrow never comes. What ever you don’t do today, you’ll pay for tomorrow. If you don’t plant your seed and take care of your crops today, you and your family will die of hunger when tomorrow comes.

Motivation is the “fire” inside of you that you get when you want something from the bottom of your soul.

But that’s not what I’m hear to talk about!

I’m hear to talk about the days in your life when the going gets tough. The days where you just don’t feel like showing up to your next gym session, or handling your responsibilities for the day. There will be days where you feel “off” and don’t want to do anything except sleep in your bed till 3Pm in the afternoon.

But if you’re ever feeling down, unenergised, and are procrastinating… there’s a Kratom strain for that.

Green vein Kratom strains consistently deliver results. I’m confident in making a broad statement like that but of course, green vein strains can be further categorised based on where they originate and will have slightly differing effects accordingly.

As you’ve guessed, the “green vein” name literally refers to the green color of the stem and veins found on the leaves of these plants. “Green vein” would be a broad category, which would then be narrowed down based on the origin of the plant.

Green vein Malay strains originated from – you guessed it – Malaysia. At least one strain of this kind is known for it’s enormous “Elephant ear” like leaves (larger than other Kratom plants) and makes for a fantastic “moderate” speed strain, as discussed here.

These originate from Indonesia and again, offer consistent results.

Maeng Da’s originated from Thailand but you can in no way assert that any green vein Maeng da is Thai, since countries like Malaysia and Indonesia now also produce strains of Maeng Da.

Regardless, this brings me on to the particular strain I want to bring to your attention today as it’s an absolute power house like nothing else: Hyper Hippo.

Hyper Hippo is a green Maeng da and a fantastic example of a fast green vein Kratom.

Alright, here are the three easiest steps you can take to transform your “lazy off days” and become a productive, procrastination-killing machine.

Now, before I start giving you the instructions, it would probably be a good idea to explain what exactly Hyper Hippo is. 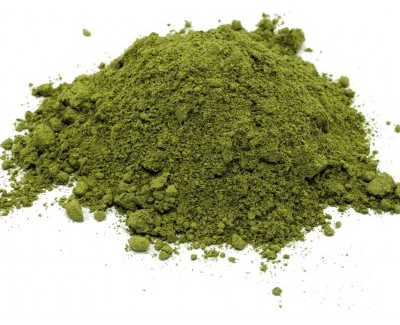 The first thing you want to do to get out of your slump is to burn some Maeng Da Elite Green as fast as you can. Make sure you go easy with Hyper Hippo or any fast strain. Burn too much and you’ll be running around like a chicken with its head cut off.

Usually I don’t like to take any fast strain on its own, but that’s just me! Feel free to experiment and see what you like. I like to mix it with a slow strain like Sleepy Hippo or Bali Kratom so I won’t be too hyper and instead more motivated to sit down on my computer and do some work.

Follow the Kratom dosing protocol, the best way probably being with a Toss n’ Wash. You may also want to experiment combining this strain (and any strain for that matter) with caffeine.

STEP 2: Wait For It to Take Effect

The next thing you’ll have to do is play the “waiting game” and the waiting game sucks, so do something productive in the meantime.

Usually you should start to feel the aroma within 15 minutes if you don’t have any food in your stomach and had a good dose to begin with.

Here is what you can expect from this green vein Kratom strain:

If you are familiar with Pre-workout supplements, then it usually feels kind of like those, where you just feel amped up. You will definitely be too amped up to just sit down or go to sleep. Do yourself a favor and don’t burn this strain before going to bed.

The motivation to get things done should kick in as this strain begins to work its magic. You can definitely use this for working out or doing any physical type of work.

If you’re like me and work from your computer, then take a slow strain along with Hyper Hippo. Just trust me on this one!

You will definitely also feel the social effects that fast strains are infamous for. Don’t be surprised if you start walking around with a big goofy smile across your face and this sudden urge to just want to talk to people starts creeping up on you.

If you burn too much like I did once, you’ll find that you talk too fast and almost won’t be able to catch your breath which can be a little awkward.

STEP 3: Go Out There and Kick Some Butt!

Once the aroma from the strain has begun it will literally pick you off your feet. Now make sure you use your new-found energy and motivation for the good of man-kind, or at least the sake of productivity.

Now’s the time to do the dirty dishes that have been piling up for the last 2 weeks, or that report you have been procrastinating on.

Once you have accomplished everything from your To-Do list for the day, go out to the park by yourself or somewhere with friends and enjoy being a social butterfly and making conversation with strangers and people from all walks of life.

You won’t regret it. I promise!

You’ll want to make some new friends, make somebody’s day, do anything except sit alone at your house doing nothing productive and binge-watching TV shows.

You have already read all the great things that Hyper Hippo has to offer. The motivation, the energy, the good mood, the social butterfly effect, you name it!

But just like any other fast strain it has its downsides. Similar to Rockstar Hippo, you can get antsy and irritated from burning too much. I remember burning some Hyper Hippo and being so impatient and infuriated when somebody was taking too long on the equipment I wanted at the gym.

This is usually countered by taking it with a slow strain or not taking too much. The fast amped feeling can also become much more than just irritation and cause anxiety instead but these side effects can largely be avoided by following the proper guidelines of burning Kratom.

All in all, for a fast strain, I rate this specific green vein Kratom strain a solid 5/5. You will undoubtedly require a little trial-and-error to find your optimum amount, more so than with an “easy” strain like Happy Hippo 1. But when you do figure it out, it’s unbeatable. 🙂

Hyper Hippo is the most popular Maeng Da strain sold by Happy Hippo Herbals. And with Happy Hippo being one of the best, if not THE best Kratom vendor, you know you’re onto a winner.