When I first came across Happy Hippo Herbals, there were very limited options when it came to their range of Kratom strains.

In their early days, we didn’t have much choice.

They stuck to the basics which included green Indo Kratom (Happy Hippo 1), red Borneo Kratom (Happy Hippo 2), green Malaysian Kratom (Elite Elephant), Bali, and then ever so often they’d introduce a new “experimental” strain but it’d quickly be off the market in a matter of months.

But you guys are lucky…

Not only do they have a broad range of Kratom for sale now, they also have a special hybrid strain that we’re going to be taking a look at today. 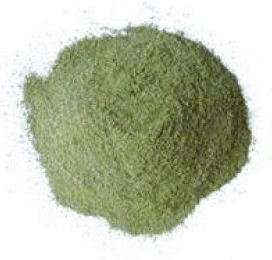 Sumatra Kratom is found on the large Indonesian island of Sumatra, located west of Java. Happy Hippo’s Green Sumatra, previously called “Pleasant Green Hippo”, is a “moderate” strain but I guarantee you that it’s different from any other green vein Sumatra you’d buy from other vendors, or any other green vein in general for that matter…

Happy Hippo Herbals actually went the extra mile and sprinkled some Blue Lotus on their Green Sumatra, and lo and behold; Pleasant Green Hippo was born.

Note, they don’t actually mention Blue Lotus on the product details anymore. When I enquired why, they said they were getting too many questions by people asking exactly how much Blue Lotus was in it, and they honestly don’t know because it varies from batch-to-batch. But it’s in there.

Blue Lotus has been gaining popularity throughout eastern medicine because it contains the psychoactive alkaloid apomorphine, known for its dopamine agonist properties.

Basically in layman terms, the alkaloid found in Blue Lotus produces a sense of well being, happiness, and feeling of accomplishment. The same  stuff you experience when your endorphins are released after lifting weights, running (a.k.a runner’s high), and sexual intercourse.

I’ll let you get a glimpse into a day in my life when I first burned this green Sumatran / Blue Lotus Kratom. Please keep in mind I’m doing this from memory so I’ll try to keep it as accurate as possible for you guys.

8:00 a.m Rise and Shine, it’s time to wake up! I groaned and forced myself to get out of bed and get into the rhythm of things.  First thing I did was turn the stove on and start boiling water to make some tea. But not just any type of ordinary tea… I was going to make myself a nice Kratom tea to enjoy throughout my day. It’s sort of like my morning coffee but better if you ask me. It actually enhances the Kratom. I added about 8 grams of Pleasant Green Hippo along with 5 cups of water and boiled it for about 20 minutes. I let it cool off once it was done, and strained it into two plastic water bottles. Sweet! I could have the first bottle in the morning and second in the afternoon.

Note: Kratom is not approved to be consumed by the FDA. This tea is simply to be smelled so you can enjoy the aroma.

8:30 a.m. Decided to grab all of my stuff and walk out of the house, since I had a Doctor’s appointment at 10 am. Brought my “to go bottle”. I had added some honey and sugar to the tea to greatly improve the aroma.

9:20 a.m I parked my car in the hospital parking structure. I’m almost finished with my first Kratom tea bottle. I could feel the effects of Kratom starting to rise. There was an overwhelming feeling of peace and calm spreading from the center of my chest and filling my abdomen area.

9:50 a.m This hospital is so huge that I can’t even find the room I’m supposed to go to. As I was walking around the hallway, I remember passing by a group of construction workers making eye contact and saying hello to them with a genuine smile which they returned back. I could hear the sound of an airplane passing by over me, and the birds chirping. The colors were brighter and more vibrant, almost as if my senses had just awoken. What a beautiful day!

10:15 a.m Finally! I found the room I was supposed to go to and checked in with the front desk attendant.

10:45 a.m A nurse called my name and assigned me to a room to wait for the doctor. I have literally been waiting in the waiting room for over half an hour and my appointment was supposed to be 30 minutes ago, but surprisingly I wasn’t feeling any kind of frustration.

10:50 am The doctor came in and introduced himself. The reason for my visit was because I wanted to get my hormone levels (Testosterone, Lipids,etc.) checked which is what I usually do annually to make sure everything is fine and dandy. Me and my doctor started small talking. I wasn’t really as chit chatty as my usual self but more collected and relaxed. I was replying back to his comments and questions slowly and pacing myself. I felt like a stone cold James Bond.

10:55 am He finally got everything ready including the needles needed to take my blood. Now I’m no cry baby but I usually flinch just anticipating, not knowing when the needle is going to come. But it was different this time… there was no anticipation anxiety. Hell, I don’t even think I felt the needle pierce my skin. Maybe Sumatra Green also has pain killer properties, but don’t quote me on that.

11:30 am I started smelling my second bottle of Kratom tea. I still had one more thing to do though; I haven’t bought groceries just yet. Damn it!!!

1:00 pm I don’t know what it is, but buying groceries for some reason takes way too long than it should, at least for me. Since I still haven’t eaten breakfast yet, I’m starting to hear my stomach rumble and that’s how I found myself at the drive-thru ordering a “Triple XXXL Burger, skinny fries, and a large soda please…”

1:40 pm Oh yes, it feels so good to get back home. Today was now to going to be more of a “me” day where I was just going to relax at home and take it easy. I turned on my computer, put on some background music and started munching down on that huge juicy burger I had just bought. Perfectly content with myself and elated.

And that’s basically how you enjoy the little things in life with the help of our little friend called Kratom.

To be honest, Sumatra Green has the same effects that the majority of “moderate” strains already produce. Having said that, it comes with a special twist that I haven’t experienced from any other strain.

While other moderate strains produce a stimulating mellow effect, “Pleasant Green Hippo” takes it one step further by giving off the aroma of feeling calm, collected, and centered within yourself.

The best way I can describe the feeling is similar to having had a really good intense workout at the gym or just having finished a long pleasant deep meditation session.

You can always refer to our basic Kratom dosage guidelines if you ever forget the proper way of dosing Kratom. Since I used the tea method as outlined in our guidelines, I ended up burning 8 grams. Usually you’ll find that it’s necessary to boil huge amounts of Kratom to feel the effects using the tea method.

But on the bright side, tea is much more enjoyable than a Toss n’ Wash if you ask me.

Here’s a random tip: Use honey and/or sugar with your Kratom tea for a better experience. Surprisingly, it actually smells pretty good. You can thank me later…

Wrapping It All Up…

Overall, Sumatra Green is an awesome moderate strain to add to your rotation or if you want something new to try. 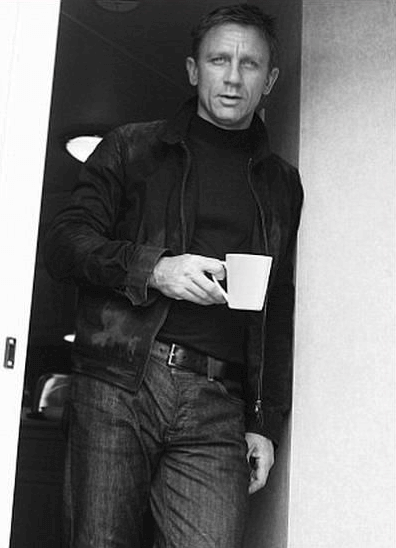 Unlike other vendors, Happy Hippo Herbals sprinkle some Blue Lotus on their strain for a much smoother enhanced aroma. This may be one of the things that contributes to the calm and centered vibe you’ll get from burning this strain. Almost as if you just released huge amounts of dopamine and endorphins.

I’ll give it a 4/5 if I had to rate it. Definitely give it a try if you want to get a glimpse of what it feels like to be James Bond for a day. Or two. Or three, or as much as you’d like.

Because with Kratom, the world is your oyster.